As stated in our Environmental Charter, MC recognizes the critical importance of what ecosystems can provide and is committed to protecting ecosystems and any potential impacts on biodiversity. We have identified “Conserving and Effectively Utilizing Natural Capital,” which includes consideration of biodiversity, as one of Materialities that we must actively take on in order to support sustainable growth for MC. Based on these policies and materiality analysis, MC aims to minimize negative impacts on biodiversity from its businesses. For example, we take biodiversity considerations into account when reviewing and making decisions on loan and investment proposals. In addition, we are engaged in corporate philanthropy activities aimed at conserving biodiversity, including the Project in Tropical Forest Regeneration and the Global Coral Reef Conservation Project.

MC strives to mitigate the impact that its businesses have on biodiversity, and seeks ways to contribute to ecosystem preservation through its businesses as well as through corporate philanthropy activities aimed at environmental preservation. Regarding contributions to the preservation of ecosystems through our business activities, MC takes into account aspects related to biodiversity when screening new project and exit proposals, and also aims to make improvements by monitoring the management practices of existing business investments.

Reference:Diagram of the Sustainability Promotion Framework

When reviewing and making decisions on loan and investment proposals, MC conducts a comprehensive screening process which considers not only economic aspects, but ESG factors as well. Since 2012, we have employed the Integrated Biodiversity Assessment Tool (IBAT) developed by organizations including the International Union for the Conservation of Nature (IUCN) to help assess potential business impacts by evaluating the status of protected or endangered species in the vicinity of project sites, along with other relevant data on special conservation areas. Besides screening new investment and exit proposals, MC also strives to make improvements to existing business investments by monitoring their management practices.

Reference:Human Rights and Environmental Due Diligence

Exportadora de Sal, S.A. de C.V. (ESSA), a salt manufacturer in which MC and the Mexican Government have equity interests of 49% and 51% respectively, operates the world’s largest solar salt field in northwestern Mexico. ESSA supplies approximately half of the solar salt imported into Japan, and has also established a solid position as a company that supports Japan’s chlor-alkali business, with the salt used as a raw material in PVC and caustic soda. The salt fields are in the vicinity of Guerrero Negro, where a community has grown up around ESSA complete with schools, hospitals, shops, churches and other facilities. There is also a supermarket run by ESSA, and through the various jobs it creates, ESSA is further contributing to the stability of the local community. ESSA has operations within the El Vizcaíno Biosphere Reserve, including facilities located near the Ojo de Liebre lagoon (a UNESCO World Heritage site that is a breeding ground for gray whales). Great care is taken at all times to respect the surrounding ecosystem, while also working to protect and preserve biodiversity. In September 2000, the region in which ESSA is situated was designated by the WHSRN＊1, a U.S.-based shorebird protection group, as a site of international importance ＊2, and in April 2009 the designation was upgraded to that of hemispheric importance＊3. ESSA cooperates with the activities of WHSRN such as surveys of bird species in the salt fields and maintenance and protection of nesting sites. In addition, ESSA is working to protect the natural environment through the installations of approximately 200 roosts which protect birds from coyotes and other dangers. ESSA’s salt production activities are leading to the creation of new types of ecosystems. With a similar degree of salinity to the nearby lagoons, the evaporation ponds are home to many species of fish, crustaceans and birds. The 8,000 hectare ponds’ high microorganism density allows them to generate the same amount of oxygen as would the same area of forest in Canada. Under the three environmental policies of “Prevention of Air, Land and Ocean Pollution,” “Conserving the Natural Environment” and “Biodiversity Monitoring,” ESSA will continue to pursue sustainable development in harmony with the environment by engaging in ecosystem research and conservation activities, etc. together with a wide range of stakeholders including members of the local community, local government organizations, universities, and NGOs.

Details of Preservation and Conservation Activities

Status of Participation in the Roundtable on Sustainable Palm Oil (RSPO)

MC became a member of the RSPO as an ordinary member in 2004. Accordingly, through collaboration and partnership with stakeholders in the supply chain, MC is working to ensure sustainable sourcing and supply of palm oil, with the goal to source 100% sustainable palm oil＊ by 2030.

＊ Sustainable palm oil: Palm oil sourced from supply chains that comply with No Deforestation, No Peat and No Exploitation (NDPE) policies, including RSPO or equivalent certified oil.

Agrex do Brasil, an MC subsidiary, is an RTRS-certified producer with a total of approximately 21,000 hectares of land certified under this standard. Agrex do Brasil was the first company in Brazil to obtain RTRS certification for the production of responsible soy in its farmland in Maranhão, Brazil. Through the RTRS certification, Agrex do Brasil seeks to make various internal improvements, increase efficiency in soil management and protection, improve water management, foster employee motivation and strengthen relationships with neighboring communities.

MC actively discloses information related to its efforts regarding ESG to a variety of stakeholders around the world. Since the fiscal year ended March 2015, MC has responded to CDP Forests, a survey which evaluates companies’ forest management in the supply chain. CDP is an NGO which holds the world’s largest database of corporate disclosures on climate change initiatives and other environmental data.

Cermaq, an MC subsidiary, is a partner to the UN Global Compact Action Platform for Sustainable Ocean Business (‘UN Ocean Platform’). Cermaq was the first patron to join this initiative in February 2018, with the goal of developing holistic global solutions for the sustainable use of the ocean. The first business-driven initiative of its kind in the United Nations, the initiative has developed a set of Sustainable Ocean Principles, which provide a framework for responsible ocean business practices across sectors and geographies working to develop roadmaps for the maritime industries in close dialogue with governments, academic institutions, NGOs and UN organizations. 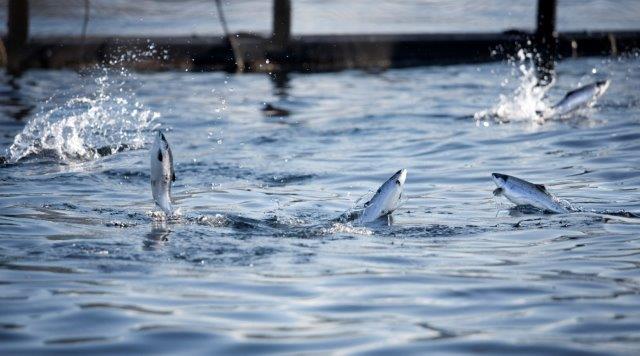 Reference: Please refer to the Customer Responsibility Section for details on Cermaq’s other initiatives.

Examples of Collaboration with Government Bodies

In partnership with the local government, MC is undertaking a forest conservation project in Aki City, Kochi Prefecture, the birthplace of Mitsubishi founder Yataro Iwasaki. The shrinking of the world’s tropical forests has had a major impact on the global environment, including the effect on the conservation of natural ecosystems and the reduction in the absorption of CO₂ which contributes to global warming, extreme whether etc. MC has been engaged in the Tropical Forest Regeneration Experimental Project as part of its corporate philanthropy initiatives since 1990. From 2009, MC has participated in the “Collaborative Forest Conservation Project” in partnership with Kochi Prefecture and Aki City, the East Kochi Forest Association, in line with the forest conservation agreements. The conservation of Yataro’s Forest marks MC’s first major forest conservation project in Japan. Project aims include: conducting activities to preserve and improve forest ecosystem services such as water conservation, allowing MC employees and local people to gain hands-on thinning experience and undertake volunteer activities, and utilizing the forest as a place for environmental education.

＊ Shikoku’s national forests are being protected under the protective forest system. This project is expected to help conserve biodiversity by establishing “green corridors” that connect these protective forests, allowing plants and animals to come and go widely.

Examples of Collaboration with International Organizations and NGOs 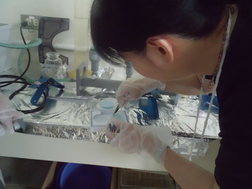 MC’s Global Coral Reef Conservation Project promotes cooperative research into coral reefs by business (MC), academia and NGOs in Okinawa and Australia.The partners are Shizuoka University in Okinawa and James Cook University in Australia.
The results of this research are published online and via international symposia to help evaluate the resilience of coral environments and preserve related biodiversity. This project has been recognized with a Medal of Honor in Japan, and has also been approved by the Japan Committee of the United Nations Decade of Biodiversity (UNDB-J)＊. In addition, as an official supporter of the International Year of the Reef 2018, MC actively communicated the results of its Global Coral Reef Conservation Project.

＊ A committee that seeks to achieve the Aichi Biodiversity Targets adopted at the Tenth Ordinary Meeting of the Conference of the Parties to the Convention on Biological Diversity (COP 10) held in Nagoya, Aichi Prefecture, Japan in 2010.

Through the Mitsubishi Corporation Foundation for the Americas (MCFA) and the Mitsubishi Corporation Fund for Europe and Africa (MCFEA), MC is involved in efforts to eradicate poverty, tackle social and environmental protection issues and undertake related educational research across the Americas, Europe and Africa. The MCFEA is providing support through a wide range of partner organizations, including Springboard, which is working to address the issues of poverty and unemployment in Nigeria by offering assistance in starting sustainable organic farming, and the Wildlife Conservation Society, which is working on environmental issues.

Reference:Please refer to the Community section for details on foundation and fund activities.

Examples of Collaboration with Other Companies

Reference: Please refer to the Supply Chain Management for information on certified products.

Having started the Tropical Forest Regeneration Project in 1990, aiming to regenerate tropical forests in a short period of time, MC remains widely involved in forest conservation in Japan and overseas. Through forest conservation projects in Japan and the Global Coral Reef Conservation Project which strives to protect ocean biodiversity, MC’s environmental conservation efforts span the globe. As part of this, each year since the fiscal year ended March 2012, MC has planted two trees for every shareholder who consents to receive important communications such as the Notice of the Ordinary General Meeting of Shareholders by e-mail rather than by post. In the fiscal year ended March 2021, MC planted approximately 40,000 trees, for a cumulative total of roughly 440,000 trees planted through this initiative.